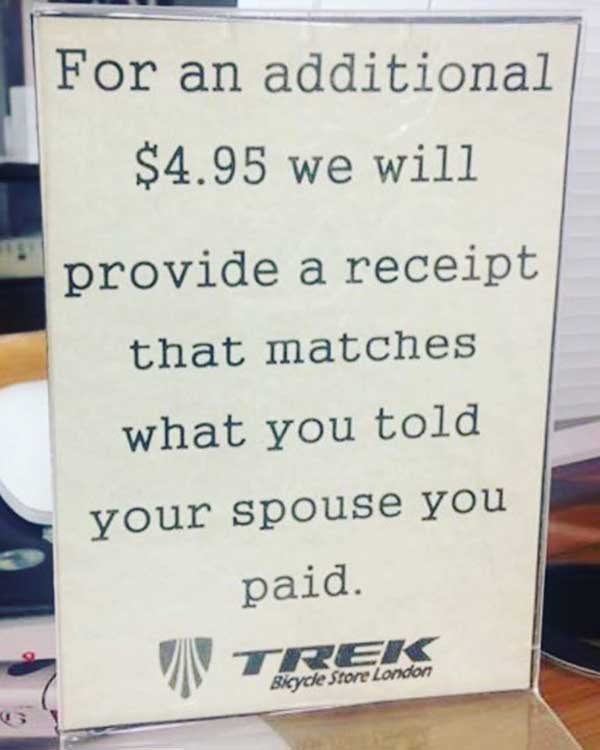 A former Dutch karting champion has won McLaren’s World’s Fastest Gamer eSports competition. 25-year old Rudy van Buren was Dutch Karting Champion in 2003. Of the 30,000 applicants, he was one of the 12 finalists to visit the McLaren Technology Centre for the competition’s final round of tests (see video below). He is now one of the F1 team’s official simulator drivers for 2018. 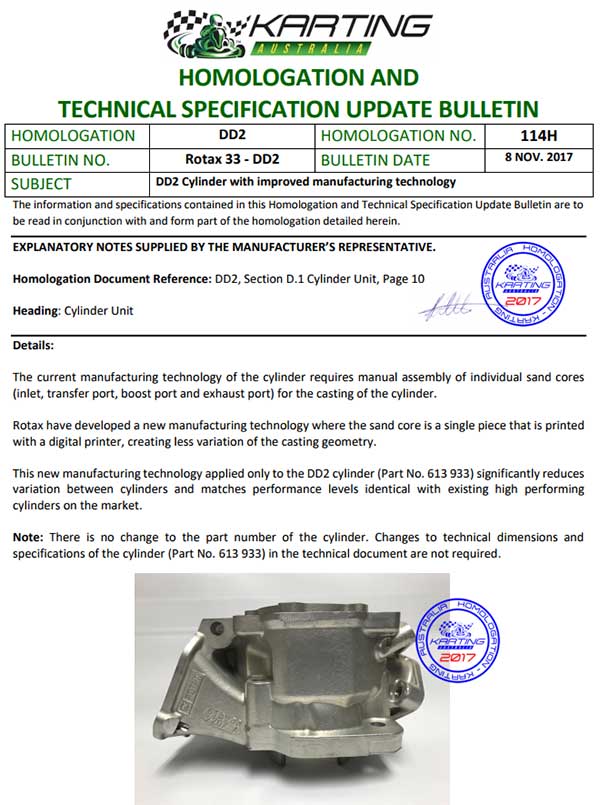 VALE: Don Waters. The Oakleigh Go Kart Racing Club advise one of its most well known and respected members, Don Waters, has passed away. For over 35 years, Don spent countless hours at the club, helping to run race events as an official (including clerk of course) plus general running and maintenance at the club, and assisting club members to learn the challenging OGKRC track layout. He was awarded Life Membership to the club in 1989. Don passed away on Saturday, November 4. He was 81. 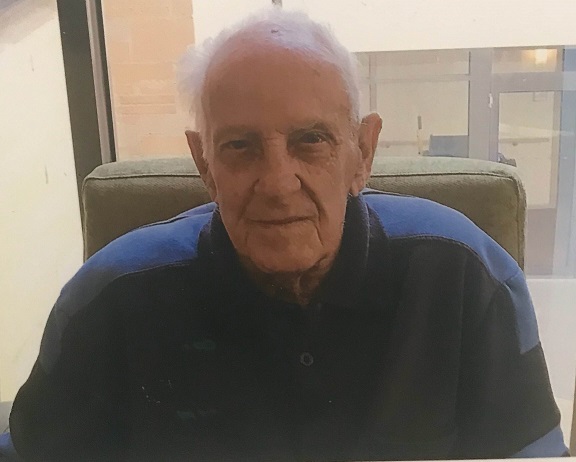 REGO – Do you want to race the worlds best and secure your tickets to race the world at the Rotax Max Challenge Grand Finals in 2018? Tickets to this event cannot be bought – you must qualify through the Rotax Pro Tour. Registrations to the 2018 Season will be opening on December 1st at 9:00am for anyone who finished Top 20 in their class. These drivers may secure the same number in the same class, you have one week to do so. Everyone else outside the Top 20, changing classes or new comers will be able to register from December 8th at 9:00am. Any questions regarding the registration process should be directed to Maddie on (02) 4735 1344 or maddie@internationalkarting.com 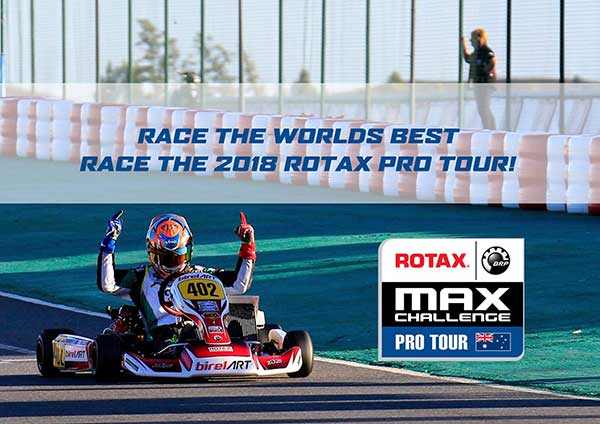 Surely this kerb at the Las Vegas SuperNationals is a chassis wrecker? But good for photos!

MND FUNDER – Ten-year-old Victorian karter Ayrton Filippi is raising money for the Motor Neurone Disease Association of Victoria. “My Uncle has MND and he is very sick, and it makes me very sad” he said. “I wanted to do something to help raise money for people who have MND.”  The Filippin Mad Motorsport team will be racing for a black plate at the Victorian State Cup at Swan Hill next month and selling “Team MND Vic #nevergiveup” stickers. All money raised over the weekend will go to the cause. “I hope you can support me and we can raise lots of money!” Further donations can be made via the team’s mycause.com.au crowdfunding page HERE. 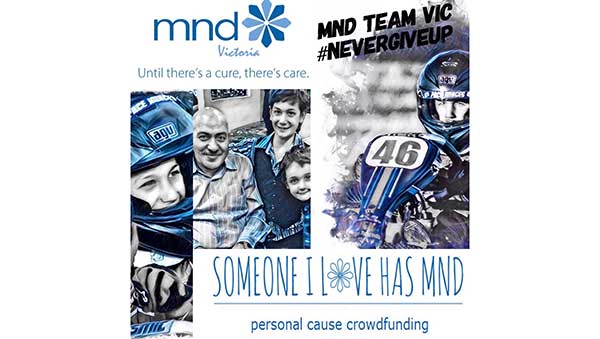 SACKED – Team BENIK in the United States has issued a public statement slamming an engine builder after two of the team’s drivers were disqualified from the SuperNationals on Sunday, including the on-track winner in IAME Mini Swift, Carson Morgan. “Effective immediately, Team BENIK has cut all ties with High-Rev Engineering” the team stated. “We put trust into our engine supplier to produce engines within the legal tolerances. After post race technical inspection of the High-Rev Engineering supplied Mini Swift engine, the engine itself was found to not be in the tolerances of the published regulations.” The team said it’s third placed driver in Micro Swift was disqualified for the same discrepancy. “Moving forward Team BENIK Kart drivers under the official team tent will not be permitted to utilize High-Rev Engineering prepared engines.” Benik also thanked SuperKarts! USA and its technical inspectors for “holding all competitors and teams to a high standard and protecting the integrity of the sport.” 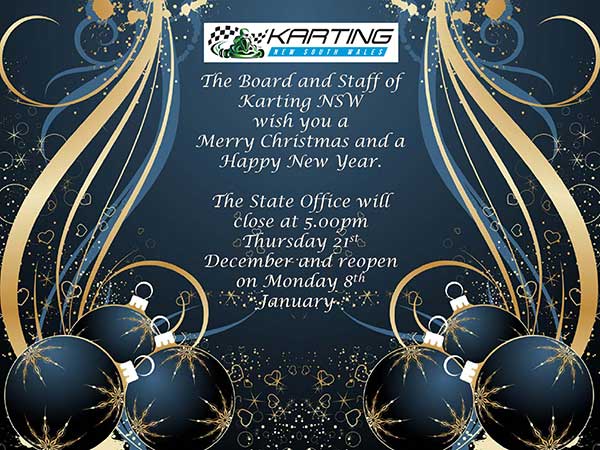 NUMBERS – If supplying karts for just one class at the Rotax MAX Challenge Grand Finals wasn’t enough, spare a thought for Sodikart. The French manufacturer was the chassis partner for two classes (Senior MAX and DD2 Masters) and had to supply 154 complete karts for the event – 72 for each class plus 5 complete spares for each class. There were another 16 bare frames on hand, just in case. Statistics supplied by Sodikart: 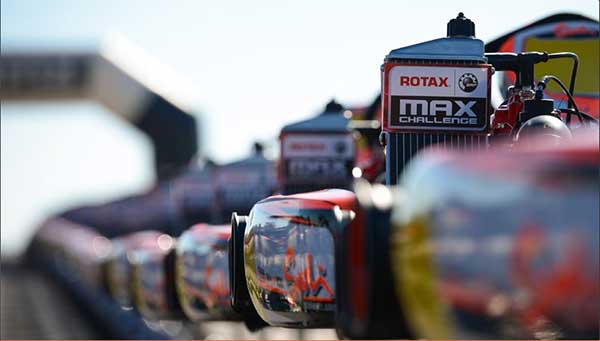 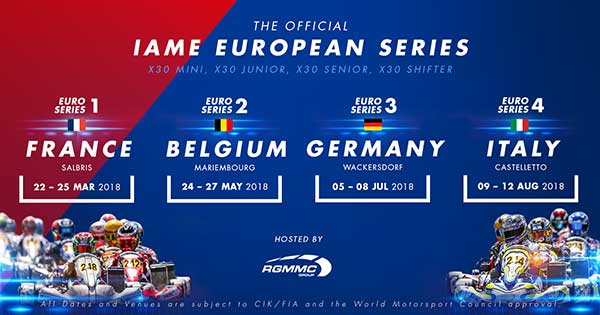 DRIVER PR – Russ Occhipinti has won the Victorian Superkart Club’s Non-gearbox Light for the 8th time, along with the Victorian state Title that was run over the weekend. Russ won all rounds entered this year fi,nishing either 1st or 2nd in all heats, completely dominating the class. “It’s an absolute honour to win this year as a Penrite brand ambassador and it wouldn’t have been possible without my sponsors, Woodgate Racing, Penrite oils and Ace Karts,” Occhipinti said. Following this success, the team is looking to move on from Non-gearbox to 125 Gearbox. Occhipinti thanked John Gonzalez and wife Sofia for their ongoing support of the team.

Lots of prizes (including Mini Rok, KA100 & X30 engines plus 11 sets of tyres) will be distributed at the SA Presentation Dinner on Friday November 24th at the Port Adelaide Football Club. Awards to be presented: 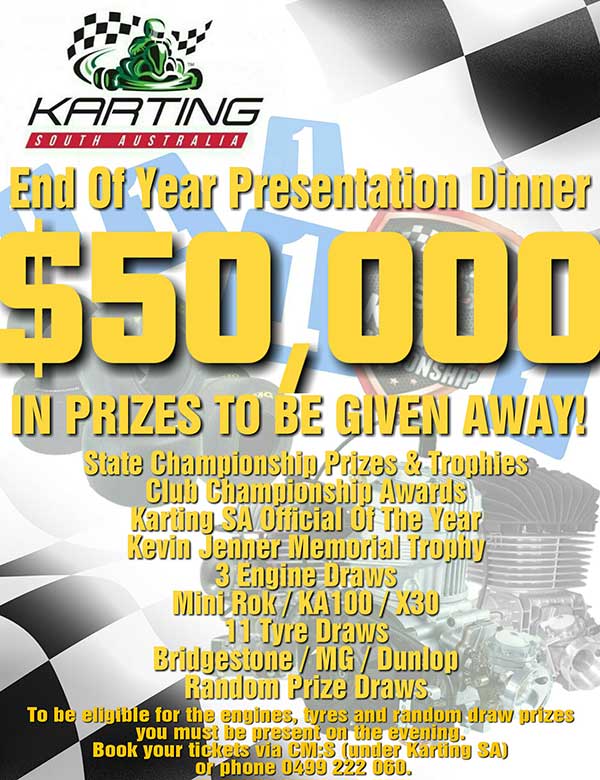