Quickest in Friday’s practice sessions, Ford was quickly on the pace in Qualifying 1, heading the time sheets from reigning Mono Cup Champion, Britain’s Gavin Bennett, by 0.2 of a second. Bennett struck back in Q2 to grab pole position by the same margin as Ford struggled with top-end speed on the fast flowing Bugatti Circuit.

With Race 1 of the weekend – Euro Championship Round 5 – set for the afternoon, the Anglo-Aussie team made significant setup and tuning changes to take garner more outright speed.

From the green rolling start, Jordan made a blistering getaway, passing Bennett and gaining six first lap places whilst putting slower 250 twin machines in between himself and the pursuing Briton.


By lap three, Ford enjoyed a four second lead which he extended all the way to the chequered flag. Bennett, who struggled initially with a spark plug issue, hung on to finish second ahead of fellow Englishman Donald Kennedy.

Ford now enjoys a commanding 20 point championship lead heading into Sunday’s final round. With 25 points still on offer for victory, Bennett will continue to push to retain his title.

Rain is predicted to fall on the La Sarthe Circuit Sunday. 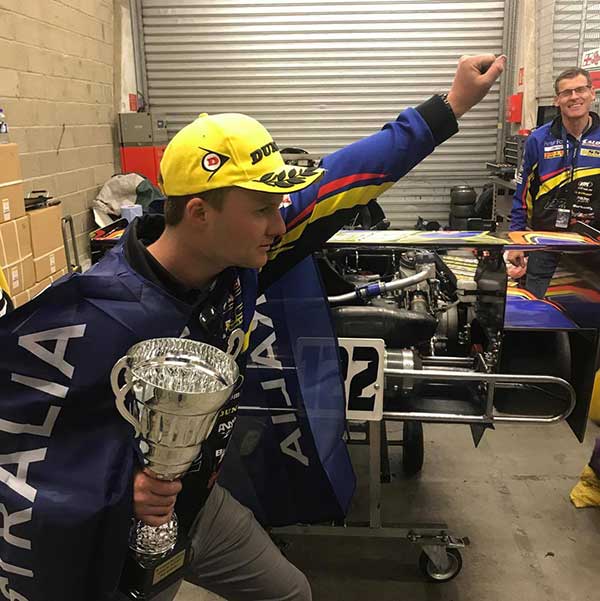 Williams Racing would like to thank all the support and well wishes they have received. As always it would not be possible to be here racing without quality sponsors like Dunlop Kartsport, DK17, Peter Ford Catering, Slipstream Signs, Burbank Homes, Calder Landscaping, Ring a Bin, Sunbury Collision Centre, Brazilian Butterfly, Marco Roofing, Sunbury Screens & Blinds, A&R Fabrication, Rock Oil, R&J Batteries and the Victorian Superkart Club

Scroll back to top