TRUTH – Not sure who this belongs to, but it’s good! 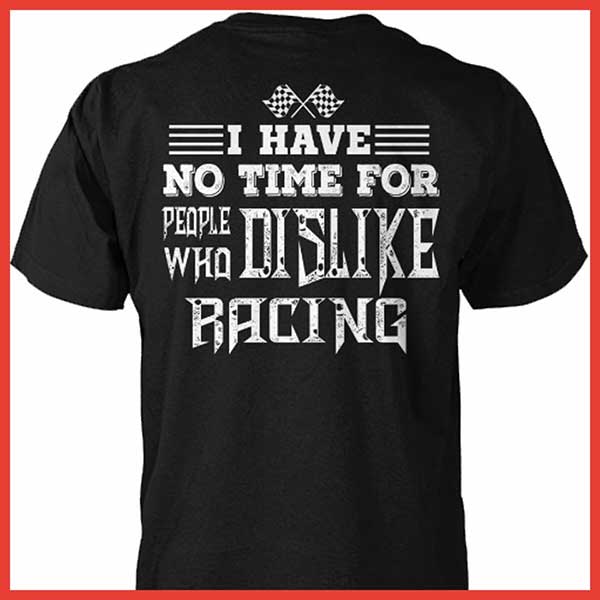 EVENT – The biggest weekend of the year for the Port Pirie club is this coming weekend with the Port Pirie 2-Dayer. This will be the home of the 2018 South Australian Dirt Kart Titles for the first time since 2007.  Spectating is free. 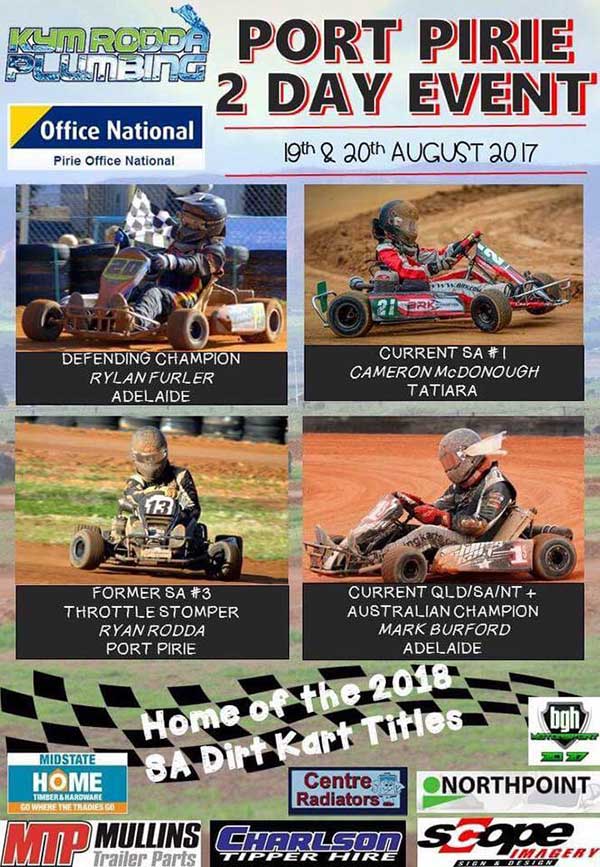 VALE – Jean-Claude Sanchez, President of the French Karting Federation (FFSA National Karting Commission) and the representative of France on the CIK-FIA Commission, died on Thursday 3rd August 2017 at the age of 68 following a long illness. “An emblematic figure in the South West of France, he chaired the Pays d’Olmes-Mirepoix Karting Club and the Lavelanet International Circuit and had been the President of the Midi-Pyrénées Regional Karting Commission since 2000. Very passionate about racing, he devoted his whole life to Karting both as an elected official and as organiser of great races. The CIK-FIA extends its sincere condolences to his family and many friends.”

STREET MEET COMEBACK? – There is talk of reviving the Tennant Creek Go Kart Grand Prix street meetings. A group of interested people met on August 7 and have planned another meeting on August 20 (6:00pm at Karen Sheldon training room, next door to BP), with the aim of reviving karting in Tennant Creek, and ultimately the Australian Street Circuit Go-Kart Grand Prix. Watch this space… 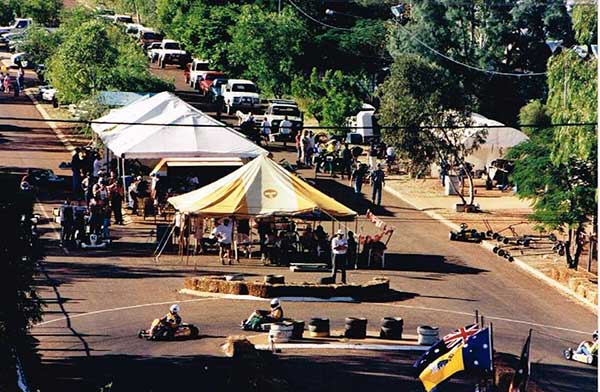 PRESENTATION – Tickets are required to attend the end-of-season Pro Tour presentation. “The End of Season / Jason Richards Memorial Event Dinner will be held on Sunday 17th September and tickets must be purchased to attend the event” organisers advised. Cost is $55 per person and more information was published HERE. 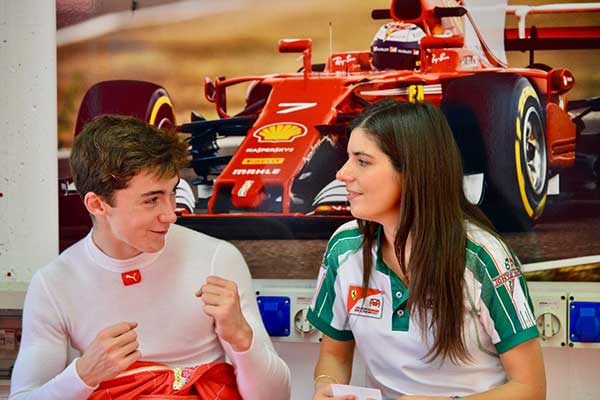 TRANSPONDER CLARIFICATION –  After announcing the new deal with MyLaps for the associations timing, Karting Australia has clarified competitors will not have to purchase a new transponder. “The new MYLAPS X2 system being implemented by Karting Australia is backwards-compatible, meaning that you can continue to use your existing TranX unit until it wears out or you wish to upgrade to an X2 transponder.” ~ KA 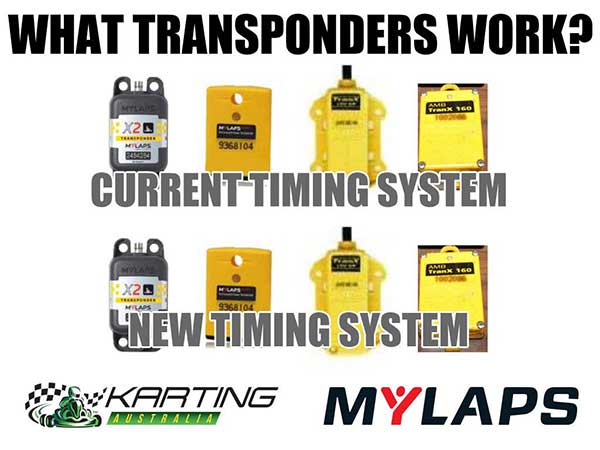 INDUSTRY – A new online kart shop was launched this week. As a celebration of their official launch, Karting Express is offering 10% off all spare parts in the first order for the first 30 customers. To get the 10%, simply type the code ‘WELCOME10’ at the checkout. Be sure to get in quick to take advantage of this awesome deal! Visit the Karting Express site at this link >> www.kartingexpress.com 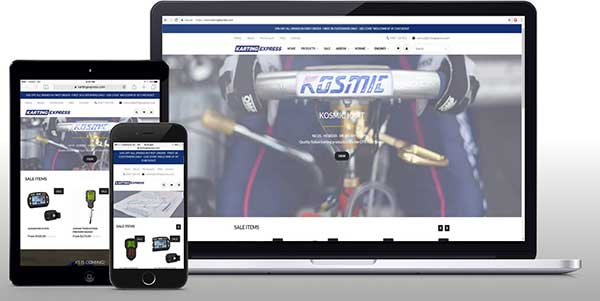 KIWI ROK WINNERS IN OZ – Young Kiwi karters Liam Sceats and Louis Sharp are in Melbourne this weekend contesting the 33rd City of Melbourne Titles. The pair earned the right to compete at the meeting by winning their respective classes (Sceats Vortex Mini ROK, Sharp Cadet ROK) at the 2016/17 Manawatu & TRC Toyota WPKA Goldstar Series. They are competing on brand new Tony Karts with ROK engines supplied and run by the Tony Kart Australia team.

EVENT – Tasmanian Speedway Kart Club has announced the 2017/2018 Season State Titles will be held on 6 January 2018 at Solo Hobart Speedway. “With record numbers at our last title this one is set to be even bigger!” the club posted on social media. “To all Mainlanders, start planning!” Nomination forms will be out at a later date. 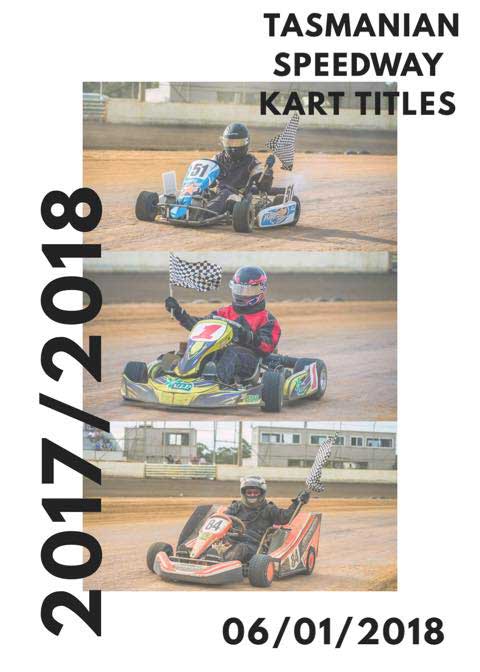 INTERNATIONAL – The venue for the 2017 ROK Cup USA National Final has changed. It will now take place at the Palm Beach Karting facility on September 15-17. It was to have previously been run at the Orlando Kart Center. The event will see seven US Champions awarded tickets to the 2017 ROK Cup International Final.

VIDEOS – Karting Victoria has posted videos of the Finals from the Oakleigh round of the State Championships on YouTube. The KA4 Junior Light final is below, but click HERE to access all the others.