The OK-Junior final was reflective of the rest of the weekend for Jack Doohan in the Spanish round of the European Championship on the weekend.

Starting 27th (after 2 DNFs, a win and a 5th in the heats) Doohan charged through to 9th place in the Final, however it came at a cost, 10 seconds added to his time for a nose-cone penalty, ultimately dropping him to 17th.

The KZ podium was made of drivers who have all raced in Australia. Reigning Race of Stars champion Paolo de Donto (CRG/TM) won ahead of Bas Lammers (Sodi/TM) and Marijn Kremers (BirelART/TM).

The heated battle for the leadership in OKJ slowed down the two British drivers, Cristopher Lulham (Tony Kart-Parilla-Vega) and Harry Thompson (FA Kart- Vortex), while another Brit – Jonny Edgar (Exprit-TM) – took the leadership and won the final.

Many drivers got a penalty for the displacement of their front fairing and Edgar was among them. So, victory went to the Italian Mattia Michelotto (Zanardi-Parilla), who was wise enough to avoid the risks of the heated fight for the top positions. Penalty also for the Spanish Genis Civico (FA Kart-Parilla), who had finished third: the remaining two podium positions went to Lulham and Thompson. 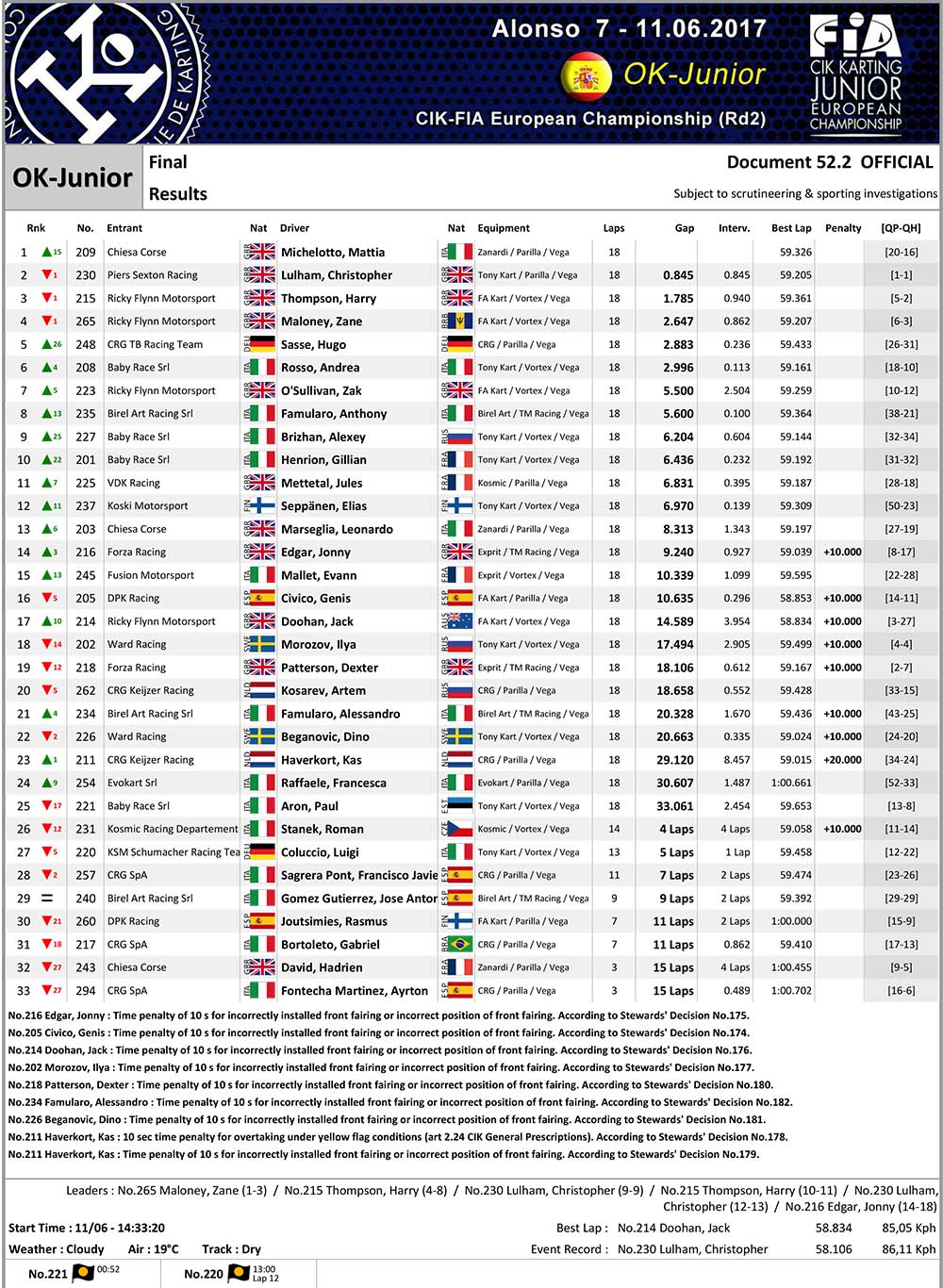 KZ started with the great performance of the Dutch Marijn Kremers (BirelArt-TM- Bridgestone), who was the fastest in qualifying but was then beaten by the Italian Paolo De Conto (CRG-TM), who dominated in the heats. In the final, the French Jeremy Iglesias (Formula K-TM) took the lead for few laps before De Conto – again! – passed him. Good performance also for the Dutch Bas Lammers (Sodi Kart-TM), who achieved a great recovery and managed to place second behind De Conto (in the foto on the top, on the first step of the podium). Kremers was also very good and fought hard in the last laps to score a final third place. 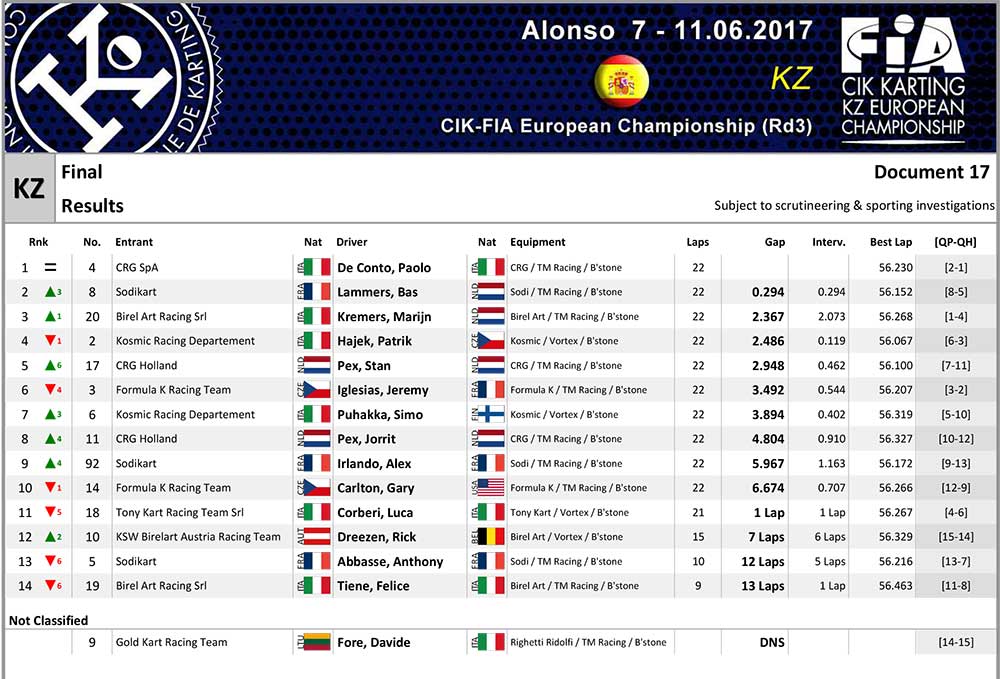 Hiltbrand ahead in OK

In OK, the German Hannes Janker (CRG-Parilla-Le Cont) led both in qualifying and in the heats. But in the final it was Pedro Hiltbrand (Tony Kart-Vortex) to have the upper hand: he took the lead at the start and kept it until the end while, behind him, a hard battle for the remaining podium places took place.

Eventually, it was the British Tom Joyner (Zanardi-Parilla) who grabbed the second place behind Hiltbrand (above on the podium, after his victory). Unfortunately, a mechanic issue stopped the Italian Flavio Camponeschi (CRG-Parilla), who took part in the battle behind the pace-maker but, in the end, he was forced to retire and to give way to the Spanish David Vidales (Tony Kart-Vortex). 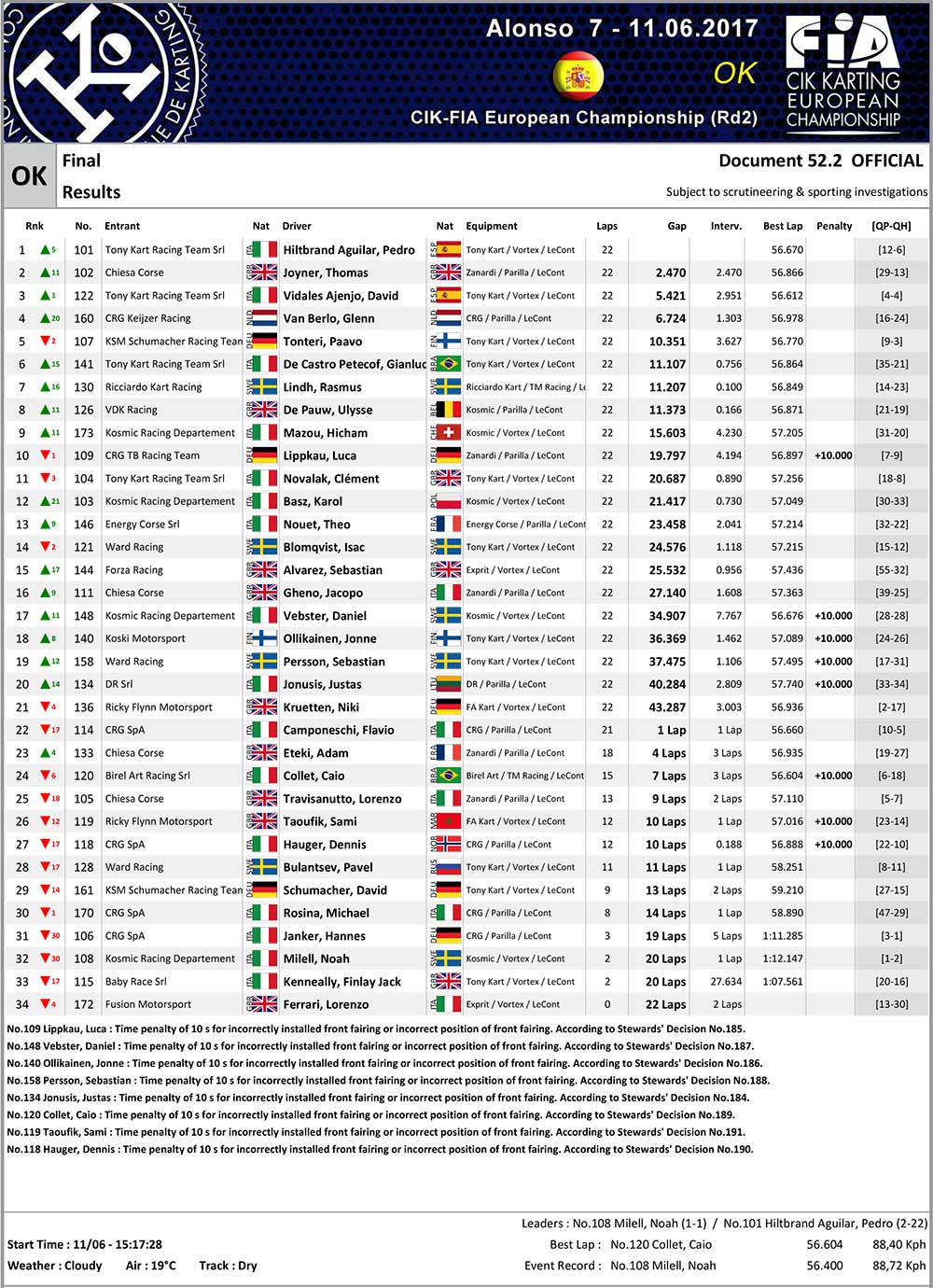 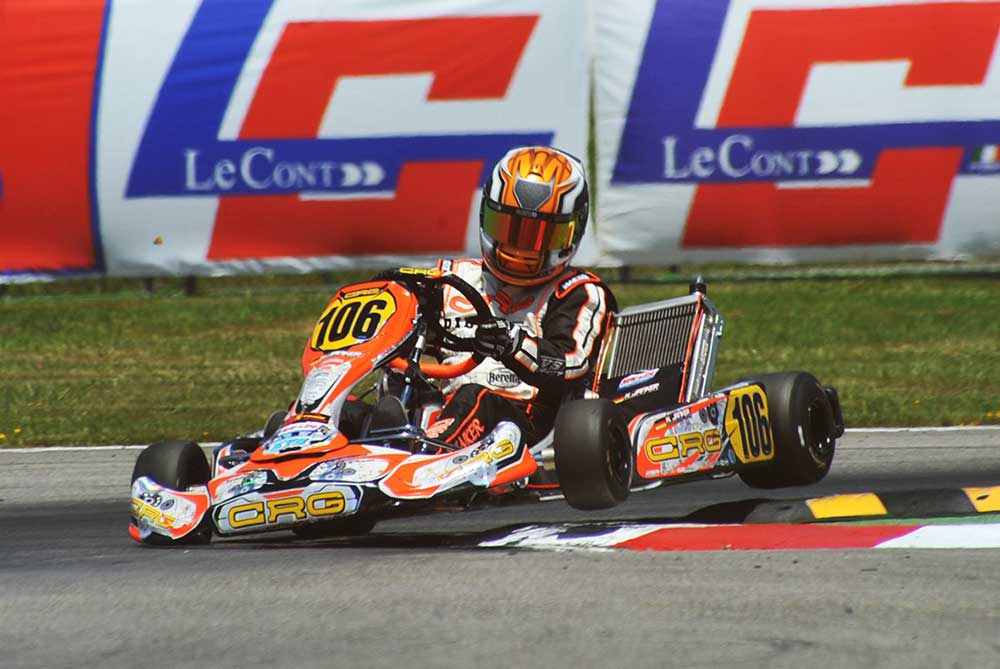