Kart Prix 2 of RGMMC Rotax Max Euro Challenge took place in Salbris, France under clear blue skies and high temperatures. Already from Friday’s qualifying practice, the temperatures were up to 32 degrees Celsius and reached over 36 degrees by Sunday’s final.

After several free practice sessions, Constantin Schoell looked already to be the clear front runner in DD2, having been more than 0.4” faster than anyone else in the category, a position advantage that he confirmed in qualifying by claiming pole position but only by 0.042” over Fleischman, with Durante slotting in third. In Senior it was a very close qualifying, with 0.05” separating the top-5 drivers, seeing Daniel Machacek grabbing the pole position from Brown-Nutley and Arnaud Sarrazan in third. Tijmen Van Der Helm set the fastest lap time in Junior ahead of young Luca Leistra and Mike Van Vugt. Kris Haanen got the best of qualifying in Mini in front of Oli Pylka and Robert De Haan. 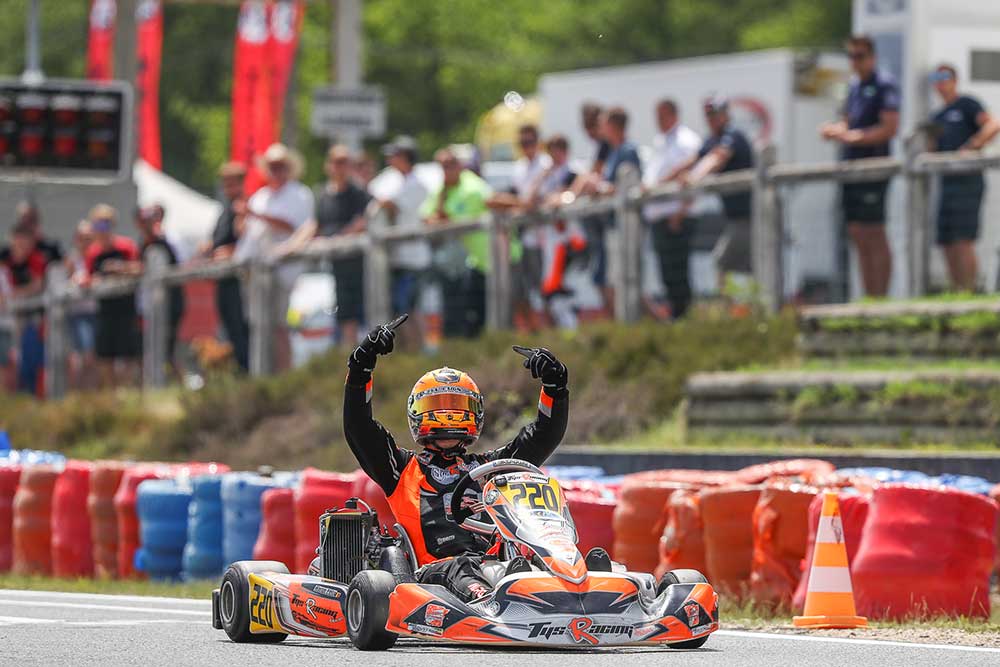 On Saturday’s qualifying heats Schoell continued to be clear of the rest of the grid in DD2, with Fleischmann consistently in the game, but losing one place to Kevin Ludi who made a comeback to second position. Brown-Nutley showed great pace winning two out of three heats in Seniors and claiming the pole position for Sunday’s prefinal, from Sarrazan, while Machacek dropped to third place after a ninth position in the first heat. Van De Helm won two out of three in Juniors and maintained his pole with Van Vugt jumping to second with Sylwester Aleksejevas claiming third. In mini Pylka got the pole position with Haanen dropping to second and De Haan maintaining third.

Come Sunday’s prefinals there were several surprises, with Marius Rauer jumping five positions to win the DD2 prefinal race by a whole 7.5” over Schoell and Fleischmann. Even more surprising Charlie Anderssen went up three positions to win the Seniors prefinal with Félix Wargé coming up a full 22 positions from last to second! Hugo Andersson in third also came up two positions, making it a completely different top-3 in this category for the final. There were no surprises in the Junior prefinal as Van Der Helm, Van Vugt and Aleksejevas maintained their positions. De Haan took the win in front of Haanen and Pylka in Mini. 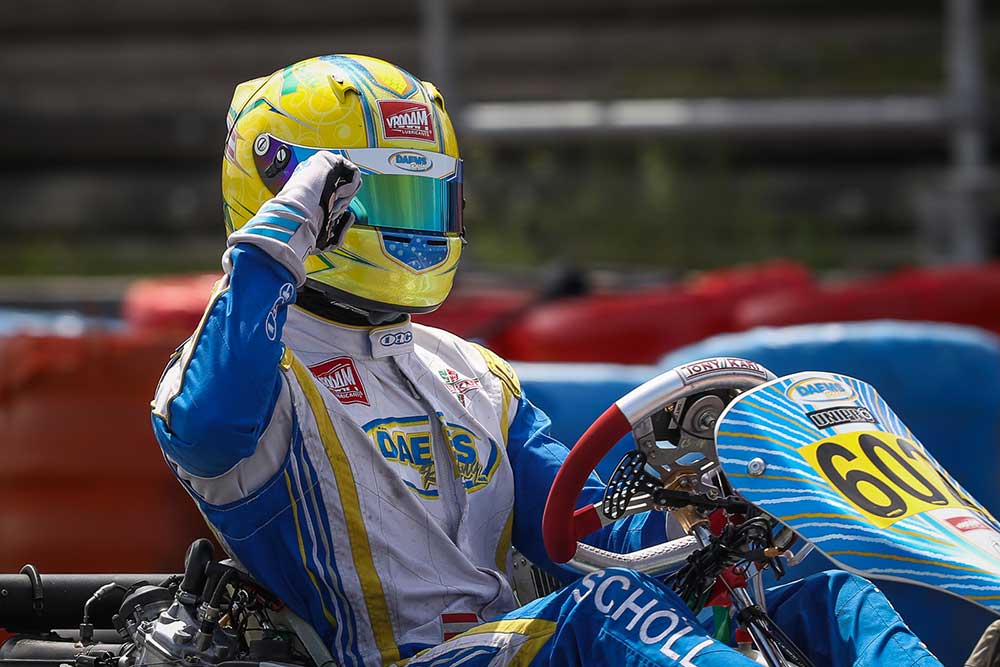 Come finals time, Schoell came back to the front with a full 5.2” seconds distance after Rauer couldn’t manage to maintain his newfound pace from the prefinal. Second was local Charly Hipp, putting an amazing performance to finish ahead of Fleischmann in third. In Seniors there were some big battles with Wargé crossing the line first, Andersson closely second and Timmermans in third. Notable performances from Hoggard and Brown-Nutley finishing 7th and 8th after starting 22nd and 24th respectively. Friday’s poleman Machacek could only manage 12th. In Juniors Van Vugt managed to get the best of Van Der Helm and win the final, with Aleksejevas maintaining third. Great performance here by Jamie Day in 4th who didn’t set a lap on Friday’s qualifying and had to start all heats from last, finishing Saturday in 14th and prefinal in 4th. In Mini, De Haan maintained his place to claim the win, with Pylka getting second and Haanen third. 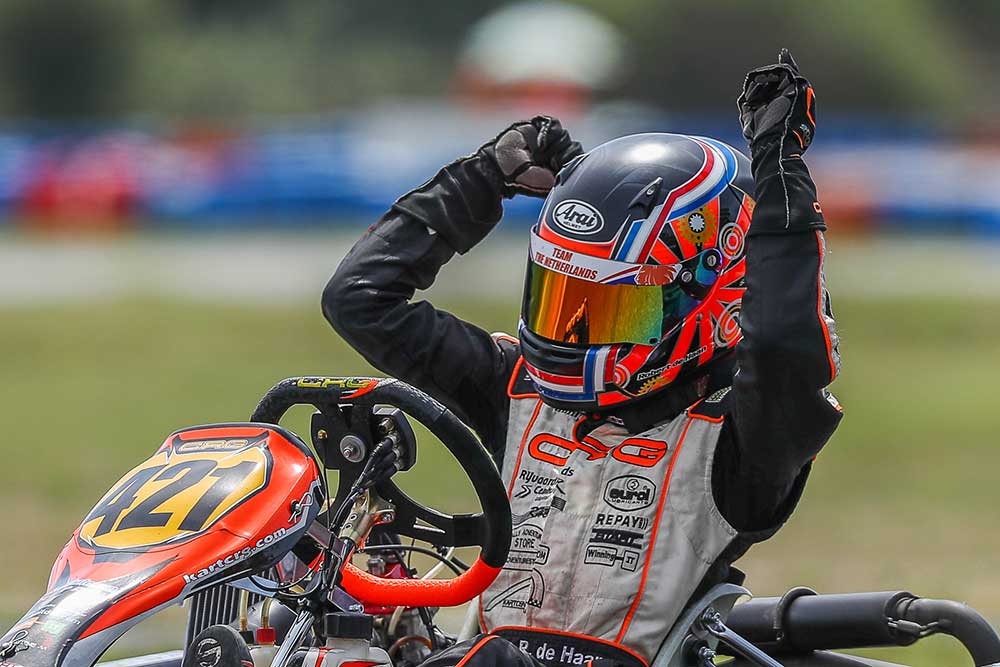 After Kart Prix 2 Flieschmann maintains his lead in the Championship, with Schoell jumping to second and Ludi to third. Warge picks the lead in Seniors, Andersson second and Kindervater third. In Juniors Van Der Helm leads Van Vugt and Pauwels and in Mini De Haan is first with Haanen second and Pylka third.

RGMMC Rotax Max Euro Challenge moves to Wackersdorf in Germany next for the third Kart Prix of the season on 26-30 July.